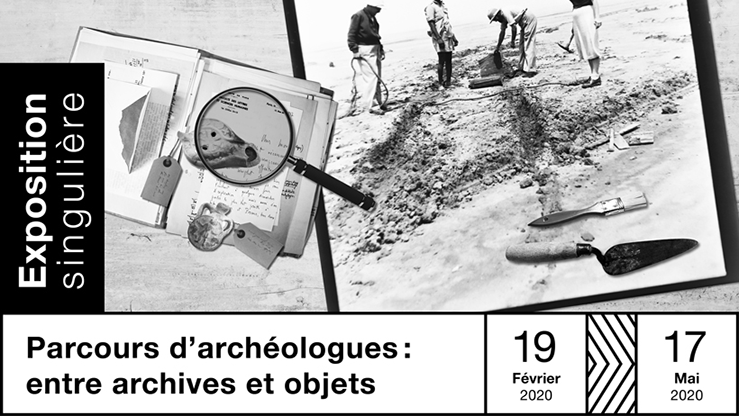 An Archeological Odyssey: Among Archives and Artefacts

The exhibition goes behind the scenes of archaeology and explores its historiography as a discipline not limited to fieldwork, but drawing on aspects of various other disciplines ( philology, history of religion, sociology, etc. ) to create a new way of interpreting the past. The artefacts on display are accompanied by archival documents, recreating the context in which the discipline emerged as a science between the late 19th century and the mid-20th century, a key period in its development.

The collection of Canon René Maere ( 1867-1950 ) comprises more than a hundred squeezes ( paper imprints ) of early Christian inscriptions. They were made in the Roman catacombs at the turn of the 20th century and they illustrate the important archaeological discoveries that Belgian scholars and students were able to benefit from. René Maere’s position as one of the first archaeology professors at Louvain also makes his collection significant in terms of the University’s history and its links with broader scientific trends.

The collection of Professor Jean Doresse ( 1917-2007 ) is composed of archives, notebooks and archaeological artefacts. It bears witness to his discoveries, but also to his scrupulous process of analysis and the challenges that this renowned Egyptologist had to face in the course of his research into ancient Coptic monasteries. His collection illustrates the lesser-known aspects of the archaeological research that take place alongside digs, in laboratories and universities.

The exhibition will highlight the close links between archaeology and its wider social context, a relationship that continues to have an impact in the present day.